Childhood in the Technological Era

Another blast from the past. This time from 1987.

Many of the world’s best known educators were together at the Second International Congress on Early Childhood Education held in Tel Aviv, Israel in 1987. The major theme of the congress was caution versus enthusiasm in using computer technology with children.

How fortunate I was to be presenting with such distinguished and influential thinkers and educators. In addition, Apple Canada asked me to write about the experience in their Minds in Motion journal.

Apologies to those with screen readers. I do not have this converted to text—only images. However, I’ll highlight some of the points here for ease of reference. I ask you, ‘What resonates with you? What’s changed? What hasn’t changed?’

I will outline the points made by Neil Postman. Read the whole article below and the thoughts of the other speakers.

The Technology of Marks is a Mathematical Concept of Reality

A New Medium Does not Add Something—It Changes Everything

Soooooo I ask you again, ‘What resonates with you? What’s changed? What hasn’t changed?’ 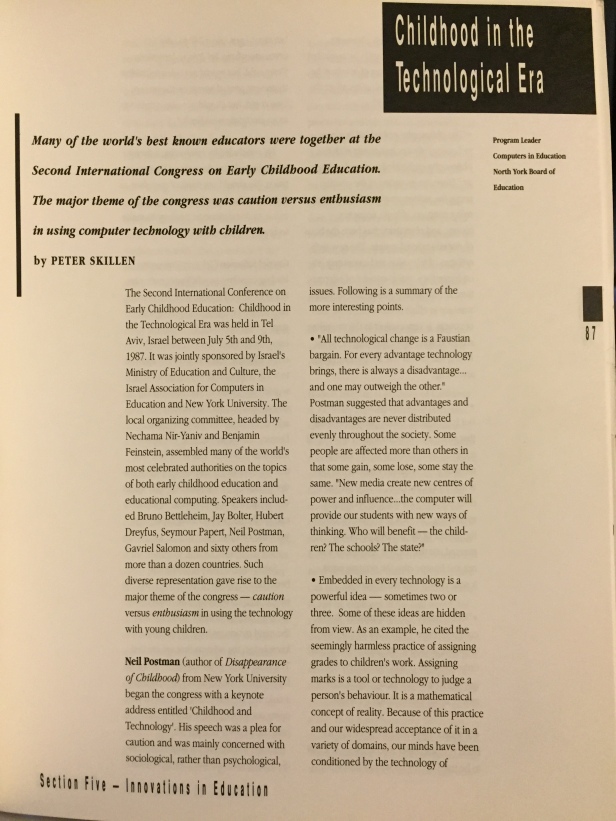 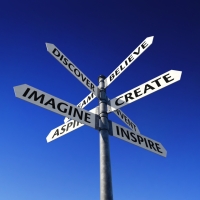 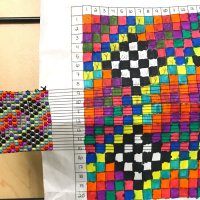