(This page is designed to provide a few resources for those who attend the Myth Busting workshop.)

Do you ever hear these…

“Kids are great with computers”

“Kids don’t need to memorize anything anymore. They can just Google it.”

“It’s not about the technology, it’s about the learning.”

“When young teachers join the profession, computers will be integrated effectively.”

“Multitasking is a 21st century skill we must all learn.”

“Knowledge construction is only collaborative and social.”

“PBL must start with a driving question!”

We have an issue!  All over the web, often in twitter, we are all seeing philosophical and pedagogical statements that are stated strongly. Often briefly and decontextualized. Things such as – ‘kids don’t have to memorize anything anymore, they can just google it!’

We have some questions…

Here are a few resources to explore some of these issues.

Backchanneling: What Affects its Efficacy
Can Students Multitask?
Is Knowing When to Cocoon a 21st Century Skill?
One 21st Century Skill Requires Another – ‘Mindfulness’
Reflective Cognition vs More Information: It’s a Choice!

“It’s Not about the tool – a naive myth”

Alone Together – Sherry Turkle –
Is the Internet Changing the Way You Think? Edited by John Brockman
The Shallows: What the Internet is Doing to Our Brains by Nicholas Carr 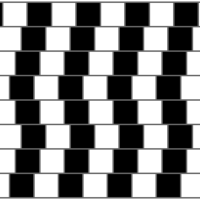